Home / Blog / Why prevention is better than cure? 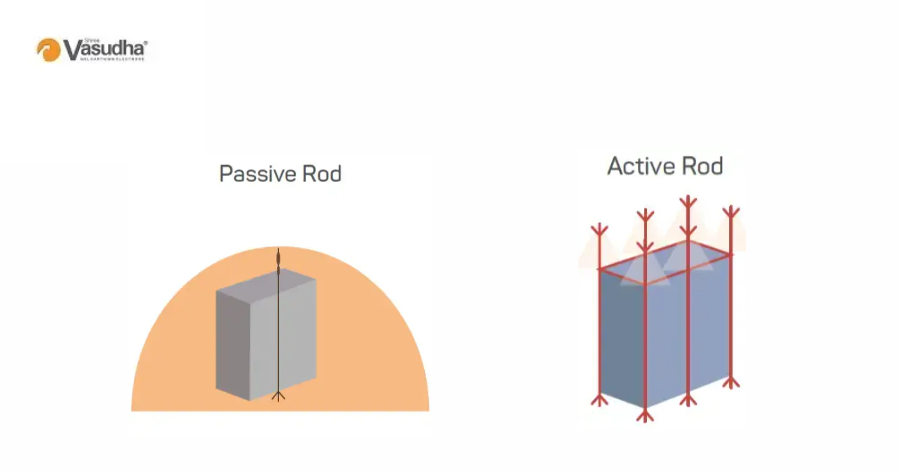 Why prevention is better than cure?

PASSIVE LA Passive Lightning Arrestor basically known as a Franklin Lightning Arrestor / Traditional Type. The Franklin tips do not perform any special activities during the thunderstorm process, the protection of these tips are based on the position of the rods, the morphology, material, and the physical reaction that occurs in the electrostatic field. It works according to natural phenomena.

The positive charge rises from the ground, through the grounding connection, to the tip of the lightning rod, which, when placed at a predominant height, becomes a favorable point to the lightning strike, preventing the discharge from occurring in another part of the installation.

Arresters and down conductors needed for your building or solar project while still providing complete protection. It is having a triggering device as compared to SR (Simple Rod – Passive LA). It gives a radius of protection in the form of a parabolic arch. The ESE air terminals contain an electro pulsing generator(triggering device) that emits electrical impulses.

According to NFC 17- 102 standards, the triggering device will create an upward ladder with respect to available iron particles in the atmosphere. At the time of thunder days, the cloud gets heavily ionized and charged with cloud to cloud and cloud to ground. This heavy energy will then be either destroyed or it gets a path and with that, it creates light and sound.

The destroyed energy is known as the downward ladder and it uses air particles as a carrier. At the same time, the triggering device also creates an upward ladder, creating the path for the discharge. The heavy current gets the proper path which passes through the connected down conductor and earthing.

Vasudha Gel Earthing is the Sole and Exclusive Distributor of KALRE Lighting arrestors in India and also A National Award Winner for Innovation from Productivity by the Council of India.

Vasudha’s Other Products in earthing solutions are: